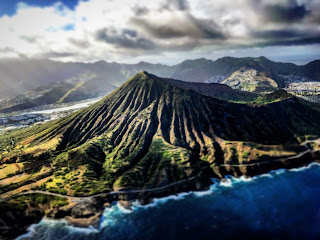 Here’s some advice from me..

You should NEVER scream at a seagull, ever! Unless you WANT the seagull to BITE OUT YOUR TONGUE!

But if YOU can’t, and you have a French Fry tongue, are you f’n crazy?

Why are you screaming at seagulls? That’s mad man.

I mean you should know a few things straight up:

- Seagulls don’t understand the variety of human emotions, particularly when it comes to volume based expressions of emotion, I mean there are plenty of loud HAPPY people at the beach and parks (and urban spaces seagulls think are parks and beaches), where seagulls hang out, so you’re probably not even succeeding in expressing what ever it is that you’re angry about regardless of your personal situation. Which brings me to...
- You’ve got a French Fry as a tongue! So you’re probably mumbling as well. So god knows if this particularly gull has picked up any language skills from years of monitoring picnickers and beach combers alike in hopes of nabbing a cracker or even a tuna soaked bread stick, but even if they have, you’re probably NOT expressing yourself eloquently enough for them to understand, and trust me I spent many a year as a mumbler, and FACT in that time not a SINGLE seagull, landgull, or earthwindandfiregull EVER said ‘ah yeah, I understand’. Not a single one. That’s how bad mumbling is. And also...
- They’ll eat your tongue! I get it you’ve got a message to share. And you are you, you are. And you don’t want to be held back by your particular scenario. We’ve all been there. I have a leg of lamb for a right forearm for example (don’t get me started on the grief I get for having a leg for an arm, it’s a dire life, let me tell you, I mean for one thing I can’t use the phrase ‘I’d give an arm and a leg’ for anything without imagining only giving up only one limb, (which is literally a leg AND an arm) without facing a lot of awkward payment situations, and some very disappointed and unsatisfied sales folk I’ll tell you. But that’s who I am. And I also can never give the finger to mountain lions. For a number of reasons. Climbing said mountain is hard on my leg of lamb arm. Mountain lions don’t understand modern western profanity based common sign language. And, and, and they’d BITE it. A leg of lamb arm is very attractive to mountain lions. Let me tell ya) but you have a French Fry tongue. That’s not going to change. Tongue transplant technology is still weak. Sure you can get a giraffe tongue put in (assuming you can talk a giraffe into donating one) but then you end up really ‘tonguey’ and that’s off putting to some people. So just deal with it.

- You can ignore most of the above if you’re one of the lucky few who happen to NOT have a French Fry tongue.
- You can also ignore this if you’re one of the absolute rare breed of person who never yells at gulls.
- Also overall these are some all some thoughts from me which might even be to absurd for ME! And I have a god damn leg of lamb as an arm. And also I’m ME!
- Still I want to start posting this nonsense more, if you got this far thanks!
- Also what food products DO you have in place of body parts? Let me know, and I’ll be sure to have advice more specifically focused on your personal situation in two shakes of a lambs tail.
- Which incidentally is a phrase that always makes my arm ache, I have no idea why.
- The World sure is weird sometimes.
- Glad we all have this blog to escape back into normality from time to time. 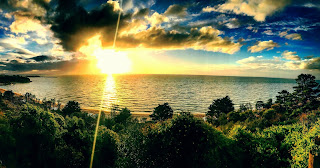