Pinnacles are hard to reach.

This is probably because they always put them up high - pricks – it’s not enough that tall people get the NBA, good views at concerts and the freshest air in the whole dang city, but they also get to be closer to pinnacles!

Plus pinnacles are often pointy - like a spear! What, are we gambling on which side of the neck the pointy bit will come out of when we swallow it? Cause I already lost my shirt on a round of that last Sunday.

Also, for some reason, they often put pinnacles in cold spots like the top of ridiculously tall mountains - um dude, I don’t even have a shirt anymore - I can’t ascend to there, I’ll get chilly!

If it sounds bleak - it’s because of this – it sometimes IS bleak.

Luckily, however, sometimes instead of it “IS” being bleak, it’s instead “NOT” bleak. Because luckily, some pinnacles aren’t earned with sweat, nor with tears, nor with badass icepick axes and three frostbitten black toes - but rather with SKILL.

“What skill?” I hear you ask. And I’ll answer it this way – the BEST skill.

That’s right, I am talking the skill of - the ability to put together a fucking swell quality Best Of The Year list at the end of a particular year, or sometimes early on during the subsequent year.

And this is most certainly the case with every member of our top 5 of the best of the best of lists for the end of the year of 2021, or early on in the subsequent year, in list form.

And once we have combed through each and every one of these lists, we can bring to you – the Best Of The Best of Lists, list.

Are you kidding, we saw lists this year that were brilliant that didn’t even make our top 500, let alone reach the pinnacle.

Do the ones that DID make the list have pinnacles?

Hell no, we don’t even acknowledge the existence of pinnacles, unless you’re talking metaphorical ones, in which case these lists on the list have pinnacles in SPADES!

Now that’s my kind of pinnacles.

Without further adieu – here they are – your TOP five of 2021’s best of the Best Of Lists in list form. 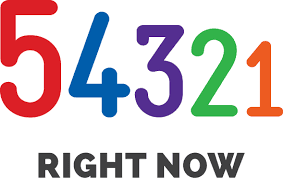 Boats That Aren’t Yachts (take that yachts, and all your yacht magazines. Now WE are pretending YOU don’t even exist - how does it feel? Not so comphy in your Danish designed, Norwegian wooded, captain’s quarters with satellite tv, cold beer in the fridge, and Finnish sex partner, now is it? Ha ha. Sucked in) Magazine - or as it’s Colloquially known - Sucked In Mag - a title that was well loved and enjoyed with great humor for many decades, until several of the writers had their own non yacht boats sucked into a whirlpool and eaten by the Great North Sea’s resident Krolån Spog Un Fragulaåskan (translation - Sea Monster, although a more literal translation would be “Under Dark Water Tooth Angry Fear Machine Wart Face”).

They truly had some great non-yacht boats this year – my favorite (although it only finished 3rd) a bathtub someone hilariously tried to row to Klurghaåan Island (ha ha, yeah right, with the rocks on THAT shoreline – am I right?).

The Similes We Smiled At This Year

Dude, we saw this list get mocked relentlessly on social media. “Stick to more traditional academics”, people said, “I misread this, I thought it said smiles smiles, still YOUR stupid”, was hurled, “Journals are for writing out your thoughts and feelings about the day jackass”, was a common insult.

Well we contacted every one of these naysayers, and we didn’t insult them back, we didn’t argue, we didn’t even disagree – we merely asked “but did the Similes on their list make you smile” and one hundred percent of them said “yes” or “fuck off”. Now THAT’s a badass, polarizing, thought provoking, conversation starting list. As ALL academic journals should be. Well Done!

And speaking of insults, it’s….

Top Insults Of The Year About Our No Longer Accurate Title

“Seriously, three hours? But the show has ‘hour’ singular in the title!”

“You lying sons of bitches, what’s next, you’re not even on the radio anymore?”

“I’ve just been told that your show is also available in podcast form, that’s NOT the radio – when will the lying END!”

“Speaking of bitches, I have a dog, but you sir take the cake, my dog can’t have any because the cake has chocolate”. And

“I missed my wife’s grooming session and my dogs pedicure cause they said come in an hour, so I listened to the happy hour, and my wife comes home, apparently three hours had gone by, felt like one.”

Tik Tok has really taken off in the last year, so it’s no surprise we have a Tik Toker for the first time ever this year. But how do you pick just one Tik Toker, and just one best of list from them?

Well it’s easy when you discover…

If you don’t know the account, get ready to laugh; Johanna is a spanner wielding licensed plumber – and for Tik Tok content she sneaks into men’s public bathrooms, rigs the toilets to explode, and then when the poor men who accidentally flush her rigged toilets walk out wet – she films them and puts it on Tik Tok. Hi(fucking)larious.

Well Joanna is not just hi(fucking)larious, she also has a heart - whether it is her regular activism for plumbers to not be called “toilet jackers” anymore, to the many times she’s rescued a still alive flushed pet fish by jacking the toilet so hard she brings them right back, or on her now award winning list My Regrets Of 2021, when she admitted that occasionally when a guy comes out of the bathroom just completely covered in turds, that sometimes she feels almost bad enough not to post the video!

Fuck man – there was not one dry eye in the whole fucking house when I saw that video - and not from toilet water lol! Hi(fucking)larious.

(Ps. That last joke was my joke not hers, just in case there are any casting agents reading this thinking about hiring her based on that joke / I’m sure she wouldn’t want to take credit it for it, so I’m just sparing her the embarrassment of having to credit me, not that crediting me is inherently embarrassing- some find it rather fetching in fact - one lady once told me that crediting me was the honor of her whole hour - which I personally found enchanting until I discovered just how haphazard she was with what she considered an “hour” fucker).

And Speaking Of Toilets… it’s time for YOUR number One! That’s right, with a remarkable THIRD win in just twenty-two years in the game, it’s…

Oh my god, you’ve not just done the best best of list of the year, but you’ve also REDEFINED what this journalist thinks the boundary between pants and underwear is.

Plus, get this, Fredirocko is only 5 foot 4 – pinnacles are officially finally for everyone!

Cue your favorite celebration song in your head right now!

A reminder that this was just OUR choices, and there are brilliant lists all over our short listed top 500. Brilliance was just not good enough to guarantee a top ten this year.

If there was a list you think we missed add it in the comments.

Want us to list the entire top 500? Just ask me in the comments; I might just be stupid enough to try.

The hunt for The Krolån Spog Un Fragulaåskan Sea Monster is ongoing. Get on it people, there is a 2000kr prize!

But we recommend NOT hunting for it in a BATH row boat!

(Again, just for the casting agents, that was my joke, NOT the Sea Monsters!) 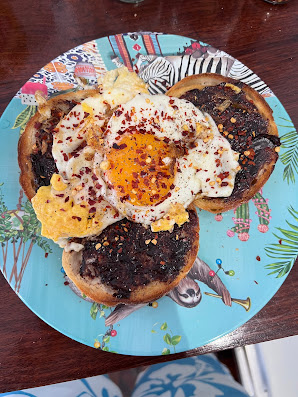