The best day of my life – two

Hello everybody, boys n girls, boys n the hood, boys who like girls being boys, men, boys who care enough about ladies to call them women, writers who are suddenly worried that they are treading a dangerous line towards some form of misogyny, something lots of people are called these days,  misogynists that is, even though there is probably far less misogyny these days, than certainty there was in perhaps say the 1020s until the 2000s or so? Oh fuck, I am probably digging a hole here, and not a fun hole, like a hole in the ground that may or may not have gold in it, or a hole in the head which allows you to say ‘this is worse than what you’ve got going on’, which, if you ask me, is an awesome thing to be able to say. ‘I’ve got lots on at work today’ someone may say, and then you get to point at your head and say ‘this is worse than what you’ve got going on’. And you automatically win the argument, an argument that wouldn’t have existed if you could have stopped being so damn selfish and just commiserated with the person dealing with a lot on at work for Christ’s sake!!!!

The point is, today was the best day of my life. Why? For lots of reasons, but mostly, because that’s what I have decided to say, and think, and feel, every night before I go to bed. You don’t’ know, it might make a difference in my life, it could add some more positivity, a few less nightmares, and think about this - I woke up this morning feeling shit, and full of doubt, and hate for my life, and everything I ever have to do ever again, and everything I have ever done before that moment, which is how I feel every morning when I wake up. But I don’t feel that way right now, right now I am on top of the world, in both an emotional and physical sense, and seriously, unless you live in a hole in the ground you are always physically on top of the world, so let’s just calm the fuck down with that saying alright.

So this is just a free form, stream of consciousness writing exercise I have decided to do. I did one yesterday but I didn’t post it because it didn’t feel well enough written, or polished, or to make any fucking real sense, because I did it exactly the way I intended it.

I’m getting off point. And I have barely even mentioned my day, and I have almost already written as much as I intended to write, and it’s nearly 3am and I promised myself I would go to bed by 2am. So I wont get into too much of the nitty gritty of my day, because that’s not the point.

Speaking of points, here are some items in point form:

The lesson is surprisingly, that based on this study six out of every seven things I did today were surprising, yet the chocolate milk was the most delicious chocolate and milk based product I consumed at any point. There is a lesson in there somewhere, probably about something awesome, like win every argument achieving brilliant hole in the head, I hope so at least, cause if I had one of those I’d be on top of the world! 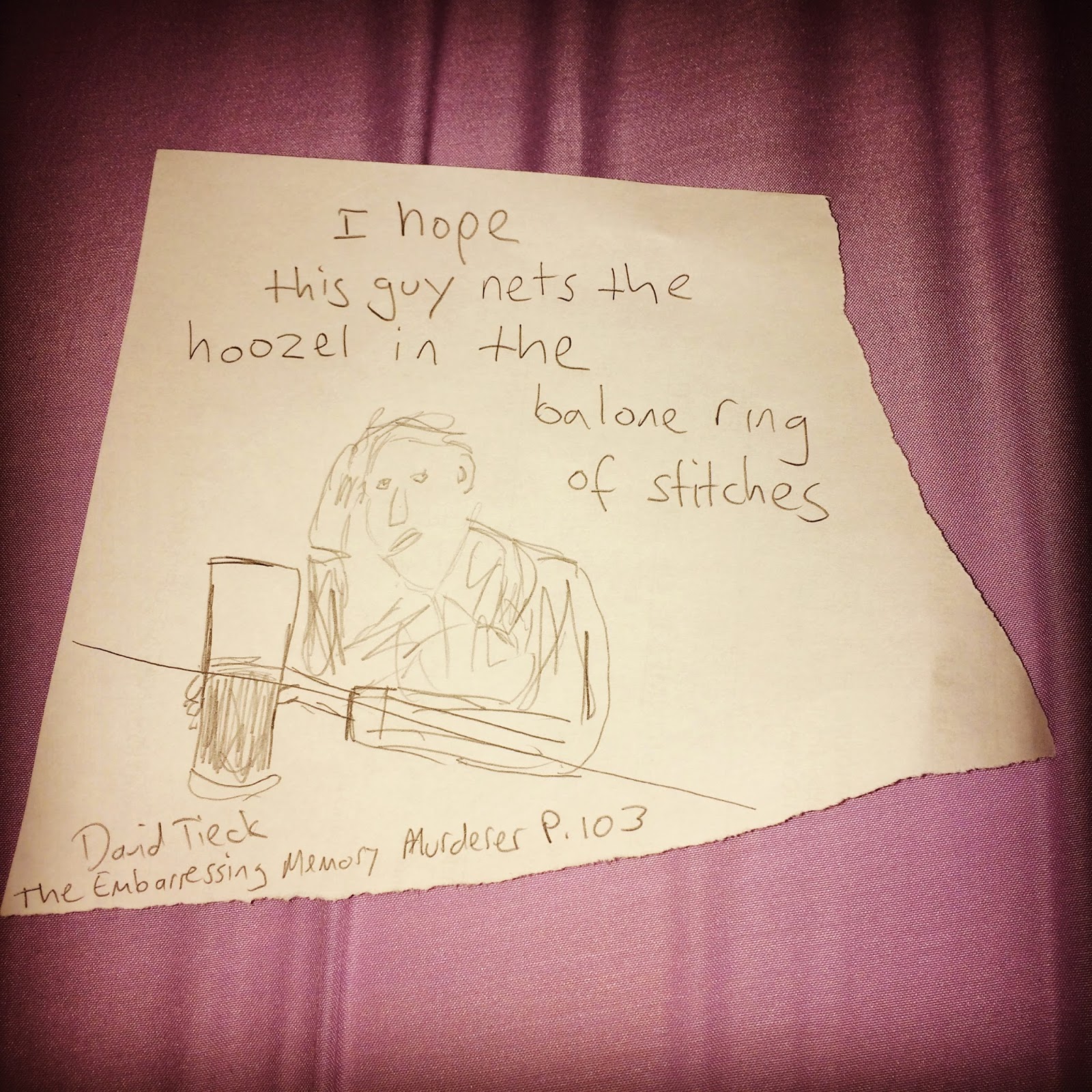 Email ThisBlogThis!Share to TwitterShare to FacebookShare to Pinterest
Labels: misogyny, surprising, the best day of my life