Random unimportant and mostly irrelevant post from Fleeting Forever CEO Dave Tieck here. But, something occurred to me just now, and it's something that few have probably thought, or will ever think, or will ever have the foresight ro think - which sucks, and is shit, and possibly even sucks shit. But I don't want to even think that, because fuck that, but also do not fuck this, because this matters, for now, but probably not in a way that will grow over the coming days...

Yep. That's it. I am positive this will be the end of this matter. A truth has been told. That's rad. Hell yeah it is. And that's a small, yet profound truth, we can ALL enjoy.

Hell to the fuck YEAH!

That's the world I want to live in.

Hell to the fuck, to the oh mother fuckin' yeah!

That's the end of that awesome chapter... 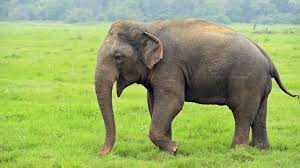 Email ThisBlogThis!Share to TwitterShare to FacebookShare to Pinterest
Labels: elephant, thats the end of that