Can’t go outside? Well here is proof that you can still have fun to the moon and back!

Today was a fun day. Great fun. Tops load of fun. Top loads of fun even. Fun like a ride in the moon parade. A moon parade that skipped the moon and happened right here on earth.

That’s right, it’s finally been declared that due to the current “don’t go outside for dangs sake” arrangements that are in place, that not all moon parades have to take place on the moon to be officially included in the big book of “Was That A Moon Parade or Just a Parade? It’s Easy To Tell. If It Was a Parade On The Moon Then it WAS a Moon Parade; The Anthology”!

Sure the title of that particular book will have to change. And if you pre-ordered your copies, as I am sure many of you did, well sadly I cannot guarantee that you will get a copy that will be printed after the change is made. They printed a lot of copies before official word came in, and it’s just wasteful to re-print them ALL. However, and it may not be my place to say it, I am NOT the publisher after all, merely a big, big fan, still, if you get one of the pre-printed books, just change the title yourself with some masking tape and a sharpie. It’s called masking tape for a reason. It can mask all sorts of dang ups, sherrangs and blippity blips. So use it. That’s what it is FOR. Sure it may affect resale value, but trust me, please trust me, you will NOT want to resell this book.

Besides, didn’t you hear? You can now officially partake in a moon parade right here on earth! This is a time for celebration! So let’s celebrate people.

Now I know there are going to be naysayers out there saying - “But the earth is NOT the moon. What the dang does the earth even have to do with the moon? Nothing that’s what I say. No change that, that’s what I NAYSAY. You’ve been naysaid mofo! Now THAT’s how you come up with a catchphrase mo fo!”

And my response is clear. Dang it, that IS great catchphrase coming up with. But watch this for a dang comeback…

Consider this: The earth has a LOT to do with the moon.

That’s right, if you’ve ever known someone with a broken foot or possibly even a really bad sprain, then you’ve known someone who was given a protective device known as a moonboot.

Which by the way, um, the moon landing was faked? It’s a big conspiracy? Um um um, then what the fuck was on my foot the last time I tore two crucial ligaments in my foot region? Idiots. Conspiracy theorists are lunatics.

Full disclosure: It was actually a compression bandage followed by some good ol’ fashioned Rest Ice Complaining Elevation, then a couple of months physio before I reinjured it and started the process again. The point is though that moonboots do exist – am I right Neil Armstrong?

Wait a second – here is a conspiracy theory that I just realized that must be true – about a week ago, right here at Fleeting Forever, we proved that crossing ones arms is fun. And now this Armstrong fella shows up? That’s too big a coincidence to be a coincidence and coincidences that are too coincidental to be coincidences are where the BIG BUCKS ARE!

That’s right, right in front of your eyes, right here at Fleeting Forever during the how to have fun at home during the at home times files – we discovered something NEW that’s fun.

Here’s what we learned today:
- Conspiracy theorists are smart.
- Moon parades on earth are now allowed.
- Physio can help a danged up ligament, but that’s no guarantee against being reinjured, so be safe team.
- Masking tape is awesome.
- The moon landing was definitely real, or else how is there moonboots? Lunatics.

So have fun today everyone. And if you find yourself not having fun, try this – Look up! See that? It’s the moon (or possibly a ceiling stain if you’re indoors. Check on your upstairs neighbor, they may have spilled ceiling penetrating soup). Now while you’re looking at the moon think about just how many moon parades no longer have to be up there to be declared official. Woooooow.

I barely need to say this today – but you’ve been to the fun parade! (Still not nailing this catch phrase. I will though, I dangwell promise). 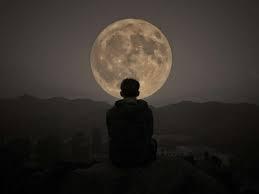 Email ThisBlogThis!Share to TwitterShare to FacebookShare to Pinterest
Labels: lunatic, masking tape, moon, moon boots, the how to have fun from home files, the moon, the moon landing