I tried WOOD. Here is what happened.

Today was a fun day. Why dang it?

Yes dang it. Let’s just say it. Let it be known.

Why are we hiding from the truth?

Why are we cowering from the reality?

Why are we snowballing away from the snow hill?

Let’s snowball UP the snow hill consarn it.

Take a look around your home right now – go on, do it – go on – seriously – I dare you – I single dare you – because a single dare is ALWAYS enough – don’t let those double dare you folk fool you – they’re bluffing. And frankly here is all I have to say to them:

“Oh oh double dare? I’m so scared little man, I’m cowering from reality, you’re so powerful, you doubled something that was worth NOTHING – how do I know it was worth nothing? Look at your shoes, that’s how – they’re either expensive in which case you’re a filthy show off, or they’re cheap in which case, logically speaking, you must be a show ON – and I’ll tell you a fact jack – the show MUST go on – everyone knows that – so you’re presenting something that MUST happen as some sort of rare gift – well fuck you fool – I don’t fall for your wicked tricks”.

Now that they’ve been put back in their place, let’s get back whether I am daring YOU. Single daring you.

Ok good looking around everyone. Now answer these simple questions.

- Are there other folk there?

I’ll bet – and yes just a lovely and commendable single bet – which is a solid bet – although not as solid as a double bet – yet still I single bet you that less than HALF of the folk currently in your home have hooves.

So that’s a fact that we aren’t behooved to NO ONE.

That is unless up to 50% or so of the people currently in your home ARE hooved, and among that 50% include:

- Your landlord,
- Your boss,
- Your psychologically superior
- Your next meal ticket
- Your propheted salivation in the sanctimony department – (which can be a decent sized department – sure menswear typically takes up most of the 5th floor, give or take a small wing of luggage or stationary- and the sanctimony department is smaller – yet it usually ends up being BIGGER at least in price per square foot of retail cost).

In any of these cases you’re behooved man, oh yeah, you’re dang behooved. Sorry about that.

The point is this. Today I tried to see if wood is fun. And I am ready to declare it. Wood IS fun.

Have a look around your home – I bet there is at least three and maximum four things made of wood. So you know wood is good.

But it gets better than good. I bet there are at least three and a maximum of four fun things you can do WITH wood, and they are as follows:

1)   Look at it.
2)   Smell it.
3)   Say to people “wood you rather have a hat or have none” – and then when they go to answer - laugh in their face and “I said wood not would, HA HA, You’ve been fooled! FOOLED I TELL YA!”
4)   Shaping it (this one obviously fits the only “maybe’ is fun, because I’ll tell ya, I’ve had a block of wood on my clay wheel for 6 years and I spin and kneed at it daily – and it’s still just a block of wood – and my hands are now 82% splinter – and it cost a LOT of money to have medical science figure out that exact percentage. Who has that cash in these troubling times?
5)   I just hope this block of wood finally looks like a pot after twelve hours in a kiln at 1800-2400 degrees Fahrenheit.
6)    Wait, maybe I could put my splintery hands in the kiln and make them pots!
7)   I could finally be pot handed. Think of all the flowers I could carry around.
8)   Probably two!
9)   Thanks wood.

And you good people have been back in the fun device and popped out as a new type of fun machine! (Congrats).

- Have you ever fallen for a double dare? If so call up said double darer and mock their shoes today.
- Was there any fun things about wood that we somehow missed? Let us know in comments.
- Is there anything you think might be fun, but want to know for sure? Let me know, and we will give it the Ol’ Fleeting Forever try out. We’ll try it out up the dang wazoo! 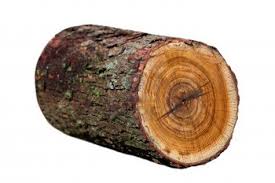 Email ThisBlogThis!Share to TwitterShare to FacebookShare to Pinterest
Labels: behooved, dare, kiln, snowball, the how to have fun from home files, wazoo, wood