I tried a disc, here’s what happened…

“Dang Yeah!!” Screamed the salad man. He’d just invented salad and he was dang happy about it. For a variety of reasons. Most of which will seem obvious now, but probably felt even MORE obvious back in the old days, which is when this event took place.

And old those days were. Flowers wilted, and yelled “my back” when they closed for the evening.

A guy named Kelvin would yell “my back” when his back went while trying to lift his Mule off his abacus. Then he’d laugh and laugh. The joke being obvious of course. Mules couldn’t even do what at the time was advanced actuarial accounting, so why were they even need the abacus? Ha ha. And what was even the point of yelling “my back” when chiropractors were still in their infancy. At the time they’d merely crack your neck and say “come back every week for at least six weeks” and then on week six their receptionist would flirt with you until you ended up booking a seventh week “just in case you weren’t imagining things”.

Plus the days themselves were retired, greying, and spent far too long in hot tubs. “Why get out” they’d say “my dang fingers are wrinkled no matter what?” Then they’d laugh and laugh. The joke being obvious of course. Days don’t have fingers. They didn’t bother to evolve them after their toes often ended up with yellow nails. And what was the point of even getting in a hot tub, in those days they were mostly full of mule carcass, with abacus beads stuck in the skin. Where else were you going to dump it? In the bin? Ha. Ha. They were always WAY out at the curb, and who wants to risk their backs carrying mule bits all the way out to the curb? What and end up at the Chiropractor, with that tormentor Harry at reception. Blah.

Oh the old days. What a time to be alive. Especially if your name was The Salad Man, and you’d just invented the Salad. For think of all the great things going his way, which will seem obvious now, but probably felt even MORE obvious back in the old days:

-       He finally had an excuse people understood for why his kitchen was always full of buckets of creamy liquid with the title “dressing” label makered on the front.

-       He was about to be the first ever person to quit a diet blaming rancid dressing as his catalyst. (In his defense he’d invented dressing seventeen years earlier and had never made a second batch).

Losers. Every single one of them. Epic fucking losers.

The point being obvious. Inventions are great. And as such I decided to try an invention today to see if great things are also fun things. I chose a ‘disc’ as my invention, and having officially tested them for fun, here are my finding.

Boom. So there you have it fun people. Discs are officially declared FUN. Go enjoy one today. Also if YOU currently have a bucket of seventeen year old creamy salad dressing in YOUR kitchen. Drag it to the curb dang it. What are YOU scared of going to Chiropractor for? Harry’s been dead a thousand dang years! 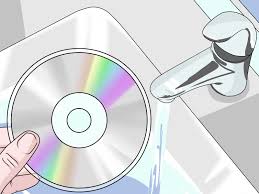