Welcome to the fanatical,

This is the blog where we’ve discovered that blogs are awesome -  and this one in particular is both awesome AND deep down in a steadfast march towards one MILLION reads, something we’d like to achieve so we could say

Sometimes on the blog we check in on that quest!

And other Times we don’t even mention the quest!

“Will it be mentioned?”

Is how we imagine conversations about this take place.

Sometimes we wonder if we’ll one day be invited to participate in one of these conversations, or perhaps even be sent a free ticket to a dramatic recreation of one of those conversations repurposed as a play!

Perhaps a play full of intrigue, humor and drama that’s sure to set the avant-garde underground theater movement into full joyful hysterical glee! For finally the 21st century will have produced a play that fits nicely alongside Artaud, Bracht, Shepard and that one guy that did that thing with the banana that were not supposed to talk about publicly, only in basement coffee shops filled with intellectuals and drunks that can’t get up the stairs.

But we have not yet been to that play yet. Which means that it hasn’t happened yet OR our tickets got lost in the mail. Which one is it? We don’t know ….

Is how that conversation just went down in the office.

It was a nice change from wondering if Greg, in the legal department, brought in lunch or will be going out.

“He brought it, he always brings it pal”

“Well that’s not suspenseful at ALL”

Is how that game goes on.

It’s not a very fun one.

Luckily we have the old “ one MILLION reads” thing to entertain us these days. Something we’d like to achieve, because we’d get to say “we’ve had a million read, ace”.

But what number are we up to today?

We’re on our phones and don’t know how to check. Sorry.

“But will we find out tomorrow?”

“Maybe, or maybe the next day pal”

Is how the conversation just happened on the moon.

But are they moon humans or moon aliens?

We may never know… 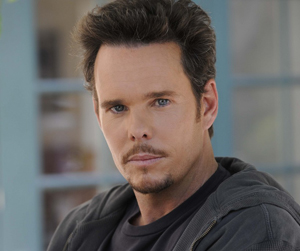 Ps. Wait. So that character on the show Entourage was an actor who called himself “drama”? Oh come on man, that’s silly, you can’t create any suspense that way.

“Hey Drama I heard you got a new role, what is it comedy? Avant-garde? Drama?

“Ok, do you mean you got cast in a drama, or are you telling me your name again?”

“Ok, I take it back, the suspense right now is REAL”

“Ok, great, maybe you stould turn this conversation into a play?”

“That’s a great idea, should it be a comedy? Avant-garde? Drama?”

“Again, is that your advice, or are you just telling me your name again”

“Ok, I think maybe it’s the second one. Hmmm, you know what, I’ll just make it a avant-garde”

Is how that conversation would go down.

Pps. Oh fuck, on Entourage the character  Drama ends up as a cartoon character called Johnny Banana! This exact exchange must have happened which gave rise to that show within the show! I finally understand how TV is made. Woo hoo!

Pppps. If you want more information on the inner workings of Hollywood and/or the show Entourage , please leave your questions in the comments

Pppps. I wonder what people will ask?