It's that exciting time on the blog once more, where the fantastical turns into...

This is the show where there are some "things I like", and I'm Dave - the very same Dave as in the title of this show, a show titled...

Although if it were a different Dave that sure would be fun too.

I mean imagine the intro to the show THEN!

'This is "Things I Like" with Dave - and I am your host Dave - no not the Dave from the title, another one - and this is the show where there are things I like with Dave, presented by me, a different Dave to the Dave who likes the thing".

Now thats the kind of show I want to watch.

It's got everything. Things. Likes. Daves. Other Daves.

How MANY Daves? I don't even KNOW anymore.

Is that a Dave over there? MAYBE. I am not going to ask his name. What if we've met before and I don't remember. That would be embarrassing. With Dave.

Thats not a chance I am going to take. Or am I?

Now we also have MYSTERY and SUSPENSE.

But his name may still be Dave. MORE mystery!

In fact I enjoy the idea of this show so much - I am going to declare "Things I Like with Dave, with your host Dave, no not the one from the title, another one" - to be todays "thing I like" with Dave, in this case this one, as in this Dave, as in the Dave from the title of the show we are currently on, not the miscellaneous hypothetical Daves from the new show which has at least one more Dave than this show has, and is the thing I like today, rather than the show we are on at the moment. 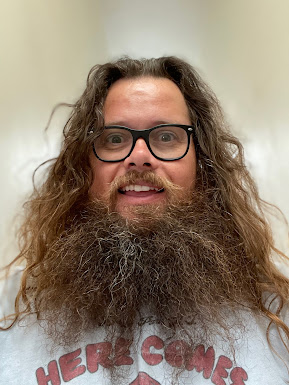 A Dave? The Dave? No one KNOWS!

Well I think we have answered this one:

- There may be more than one Dave.

- But no one knows for sure.

- Which is great, because mystery is great.

- There may be more than one Dave.