A bowl full of reckoning

“I reckon” the words flipped from my mouth like a flip phone flipping off a flipping diving board set up over some pool, or perhaps the ocean, or maybe even a large bowl of soup, set up for some sort of soup diving competition, possibly facilitated by some sort of radio station, prompting even the least cynical among us to cry “if it’s on the radio, how do we even know they’re diving into soup? That might just be broth dang it, and broth aint yet soup!”

“I reckon” it felt good. Warm. Boney. A tad hydraulic. I couldn’t help but say it again. A few times. Out loud. Letting the meat of the word saunter off my tongue into the sprogets of the machine.

“I sure do reckon”

“Oh say, you reckoning over there”

The last few had elevated me. I was suddenly a British aristocrat. Sounding all British. And aristocatty.

I knew the words that were to follow were bound to be profound. For that was the exact point I had uncovered. In that moment. At that time in history. I had reckoned something, “I reckon everything said after an “I reckon” is worth paying attention to” I reckoned.

It was just a theory for now. But it felt good. As good as a soft beaker of gumption hopping into a merry field of furry friends, possibly gathering to discuss an uprising, or possibly just feasting on daisies, or possibly doing both, for who among us has not conspired to rise up while munching on the sweet petals of earths most yellow centered flower?

I needed to test the theory out. I would say “I reckon” one more time. Then I would let the next words tumble out like a gymnast on tumble day, or frankly anyone on tumble day, frankly gymnasts should piss off, they get to tumble every day, it's our turn now you bendy bastards!

“I reckon” the anticipation was like a fox, not in any particular situation, just being all fucking foxy.

“I reckon the reckoning will be FULL of people reckoning stuff!” I said, calmly, and with the passion of a jet plane’s afterbirth. I imagined how it may go down.

“What’s all that fire shit falling out of the sky?” someone may ask.

“Oh I reckon that there fire is some sort of comet” a reply may come, with folksy southern curiosity.

“Oh ya reckon do ya?” would come the challenge from a neighbor, possibly one who loved to challenge stuff, or perhaps one who had never challenged nothing in his entire life, and saw the sky on fire and thought “fuck it, it’s now or never”.

“Well I reckon you’re full of shit. That there sky is clearly just clouds with red food coloring in them, probably from some sort of prank by some dang kids!”

“I reckon you’ll regret it if you call MY kids ‘dang’ just one more time!”

“Well I reckon your kids ARE dang – but I also reckon that’s a good thing. My kids are dipshits, and that’s a hella lot worse than dang”

“Well I’ll be, I reckon you’re on to something there. Plus I reckon 'better' is like smooth tasty butter”.

“I reckon you are definitely onto something there good neighbor – I’ll take one croissant please, slathered in better?”

“Not in this fucking patisserie it aint, you fucking dipshit!”

Is how I reckon the rest of that exchange would probably go.

Yep, the reckoning sure is going to be rad. Catered too apparently! Well at least the patisserie will be open. Yay. I hope they sell daisies, that middle yellow stuff might be the best tasting yellow on earth!

Ps. The fox is still being Foxy. Oooooh baby. 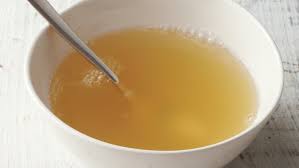