It started innocently enough.
It was yesterday afternoon, and I was about to leave to meet some people.
“Honey, I’m going to neck a coffee and then leave”, I said to my partner with the tired urgency of someone needing to leave, but also innocently, so the first sentence still makes sense.
“Ok” she replied. She was in the shower at the time. Which is irrelevant to the story. But some of you will have now pictured this in your minds. Which was not my intention at all. But I can’t remove this section now, because if I know this fact I possibly will lose my air of innocence, and I like air.
I was not going to take that of course. “Ok”, what was that? My statement was just “ok”. I’m not ok with “ok”; I need MORE than “ok”! And when I need more than ok, and all I get is "ok", I do what is REQUIRED. I break out into song.
“How do you like your coffee, I like mine in my neck” I sang. The lyrics were a clever reference to my earlier statement about necking a coffee, and the melody came out almost fully formed.
“How do you like YOUR coffee – I like MINE in my NECK”, I repeated the line, this time taking the almost fully formed melody, and finishing it’s formation into Beatlesq brilliance, and with guaranteed earworm POWER.
“Okay” my partner replied this time. I had gotten my more than "ok".
It had begun.
And once it had begun it could not be stopped - like a pebble thrown into a vast bottomless void – it mattered not that it was merely a pebble – this fucker was flying.
I could not stop singing it. It was catchy. It was interesting. It was absurd yet relatable. It was smart yet silly. It was the type of song that men wanted to be, and women wanted to be with.
Soon, it took on a life of it’s own.
Sailors would sing it while sailing. Bakers would sing it while baking. And candlestick makers would sing it in the car – they couldn’t sing it at work – for the air of the song exhaling from their lungs could totally fuck up the smooth excellence of a candlestick. This is why the profession has mostly died out – too many of it’s practitioners held their breathes to fatality, trying to get the PERFECT candlestick, others just got headaches and quit to become actuaries.
Of course once the song exploded, so too did the misinterpretations of the lyrics.
Coffee sales soared. So too did neck sales.
Some, in a fit of fresh “throat action” popularity, took up Mongolian throat singing.
Sadly, others tried to actually get coffee into their necks.
And with this, of course came the side businesses trying to cash in on the phenomenon.
Some weeks people reported that they couldn’t go for a pee in a dark dirty alley without Russian mob figures coming out of the shadows saying “you vant neck couffee – I got beans of coffee, unswallable”.
Other weeks people reported that they couldn’t have sex in dark dirty alleys without smelling pee for some reason, and without Scottish mob figures coming out of the shadows saying “put away your wee willy, I have throat beans lass, you cannae swallow them”.
Other weeks people reported that the regional mob stereotypes should clean up their acts, AND their alleys.
The song’s peak had yet to hit though. It’s influence peaked one summer afternoon, when people, in a Seinfeldesq eating snickers with a knife and fork style, began inserting their coffee directly into their neck. An act that, for some reason, REALLY made Elaine in particular mad.
She claimed the very act of slicing open ones neck and popping coffee beans in the slot made some men “unsponge worthy”.
So, like so many song inspired fads of the past, hit songs such as…
“Do the hoola hoop”
“It’s ear waggle time, who likes to waggle, me me me” and
“I don’t like Mondays, this Monday I am going to push over this bridge, oh dang it’s too heavy, I guess I’ll just go to work”.
Sticking coffee in your neck died out.
It lives on though.
In direct contrast to that last sentence.
Yes it survives, on nostalgia radio stations, - in neck coffee shops – and on the floors of candlestick maker factories, where passed out candlestick makers have oxygen starvation dreams – dreams of a better world, dreams of a world where neck coffee still lives on, which is much like this world now, but just a few weeks earlier when it was still riotously popular.
Ps. My partner is not in the shower anymore, so stop thinking about it ya sickos. 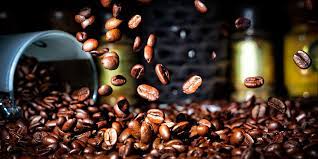