I'm talking Birds, but not just any kind, but ones that can FLY - A poem

Tilley was looking at a bird.He was jealous of birds.You see Birds could fly.

At least some of them.

And you see those were the ones that Tilley was jealous of.

And you see, also, Tilley couldn’t fly.Also Tilley couldn’t walk well, on account of his Rugby career resulting in many leg injuries over the years .To be more specific he’d sustained six leg breaks, two snapped cruciate knee ligaments, three rotted out fibulas, and worst of all one nasty ingrown toenail, all over the course of four painful years.He did score three tries too. And make literally dozens of tackles. Although for some reason those seemed to impress less people in the pub.The “some reason” being that that stat is genuinely not very impressive.So for Tilley, the thought of flying seemed like a dream.Which was why he was jealous of the birds.Also he was jealous of their feathers, they reminded him of tickling, tee he he.But the flying was the real desire.A wish he'd wished for at every wishing well he'd seen since before he even noticed the developing second fibular rot.And now.In this moment.As he looked at this bird.

And with Tilley's desire and jealousy bubbling like a wishing well being boiled from a volcano below it (ultimately melting all those coins, what a waste. Who the hell digs a wishing well without first getting a full geological study done?)This wish miraculously came true.Tilley could suddenly fly like an eagle, that had eaten an angel, that had been conceived in the jet-stream of bee.'Wow, ace' he thought as he soured over a majestic river leading to a beautiful deserted beach, 'this is going to make it easier to get to the Cathedral every afternoon to tell God off for never, ever, ever, EVER letting anything good happen to me, WAY easier' he thought.'Suck on that God, you dick!' He screamed as flew like a dream over the ocean and watched a pod of orcas swim by a previously undiscovered reef which was so vibrant it made the Great Barrier look like squished cockroach. And was somehow now owned by him.

"I mean seriously, NOTHING good, EVER?" He screamed at god.

Meanwhile the wife of the poor guy who'd sadly passed on. (Which is a nice way of saying "died"), and through his generous organ and other parts donation, had provided Tilley with TWO fresh fibulas, sat at home forlorn while STILL awaiting her thank-you card.She was soon giggling though.Her new beau was ticking her with a feather.He'd just plucked it from her pet bird which had just died.But she didn't know that yet, so our ending remains cheerful.Cheerful as a bee sitting proud on-top a bronzed eagle sculpted from melted coins, with a smile on its face, as it watches his bee mate sucking pollen from flowers, totally unaware that two angels are fornicating in its wake.Awww. 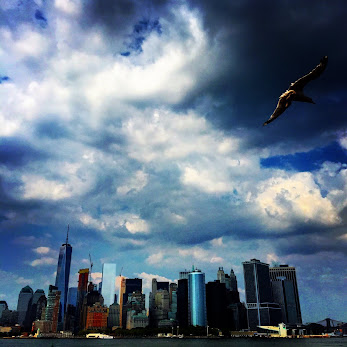